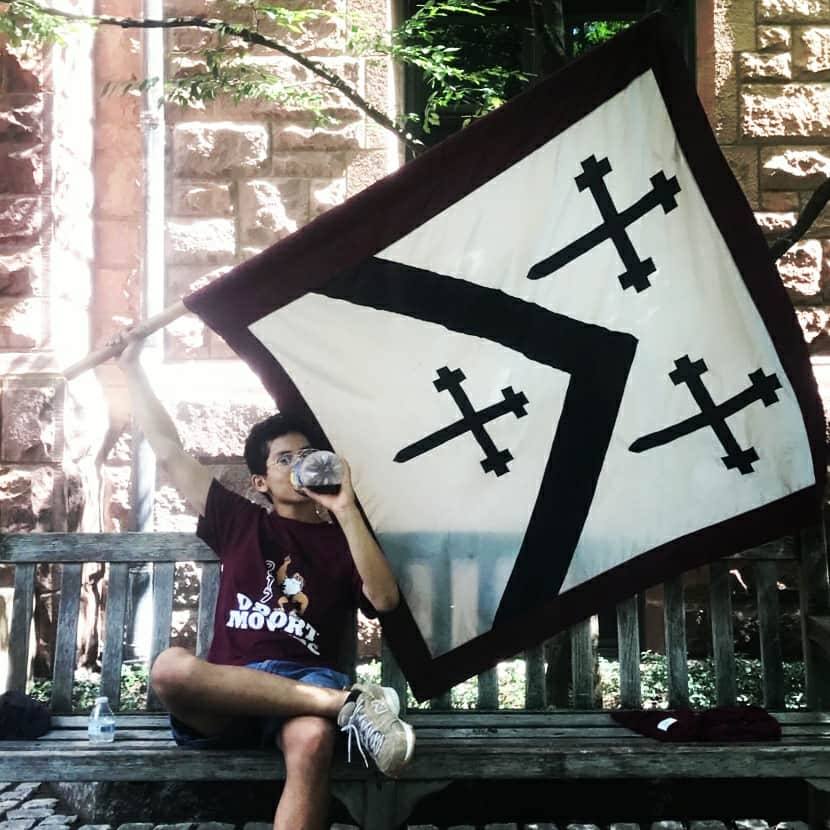 Tarek Ziad ’20, is a Sophomore here in Davenport.  He spent his summer studying German in Berlin, and is excited to be back for his second year in DPort. Tarek’s a Theater Studies and E&EB (Ecology and Evolutionary Biology) Double Major, meaning he can either be found at rehearsal or playing with the local Dport Doggos. On Campus, he does a lot of performance based extracurriculars. He is in Heritage Theater Ensemble, a Black/African-American production group based out of the AfAm House, he is in the EX!T Players Improv Group, and he is the First Year Liaison for the Yale Drama Coalition. In terms of one off projects, he is currently Assistant Directing a production of Next to Normal that will go up in the Spring and performing in a production of Macbeth that will go up this Winter.

He is also one of Davenport’s newest Aides!