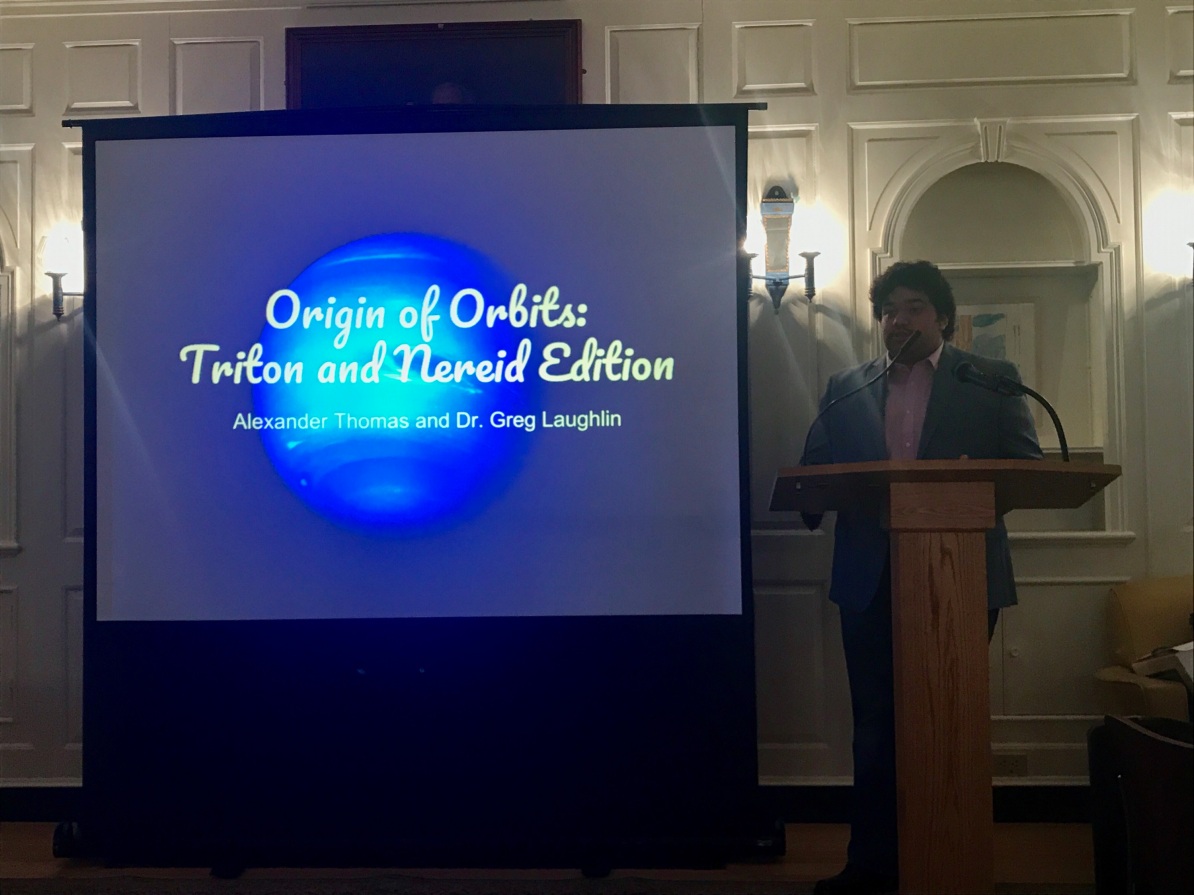 Davenport seniors Cara Washington and Kyle Deakins presented on their senior projects last week. Cara, a Film & Media Studies major, applied aspects of black film theory to the TV shows Broad City, Crazy Ex-Girlfriend, and Insecure. She fielded questions of racial representation as a solution to TV’s various structural problems and about how well those problems can be solved within a market where producers have to attract subscribers and advertisers. Kyle, a Political Science major, discussed voting behavior in Appalachia. He himself he grew up in rural Pennsylvania. He explained to what extent the “culture explains it better than class” idea is correct and how that idea is getting more correct in the Trump era. He fielded questions about what the Democrats did to lose rural areas and how to maybe get them back.

Davenport seniors Alex Thomas and Eva Branson presented at this week’s Mellon Forum. Alex Thomas, an Astrophysics major, taught us a bit of astronomy and walked us through his thesis research, which he started this past summer with Dr. Gallagher. He has been researching his hypothesis that Nereid and Triton, two of Neptune’s moons, formed by a Pluto-like system colliding with Neptune. To explore this hypothesis, he has used Fortran to produce 3-D orbit trajectories models. He will attend Notre Dame next year for a Ph.D. program in physics, during which he will continue his research in astrophysics. He hopes to make the subject he loves so much more accessible to people through teaching. Eva Branson, a History major, discussed her thesis which looks into the trial of Margaret Garner. Margaret Garner was slave whose story inspired Toni Morrison’s novel, Beloved. Her story brings up dark questions about the horrors of slavery, the Fugitive Slave Act, and sexual violence. Eva’s talk centered around the concept of being forgotten, a theme in Beloved and an important concept in Garner’s story as her trial was forgotten for over 100 years.