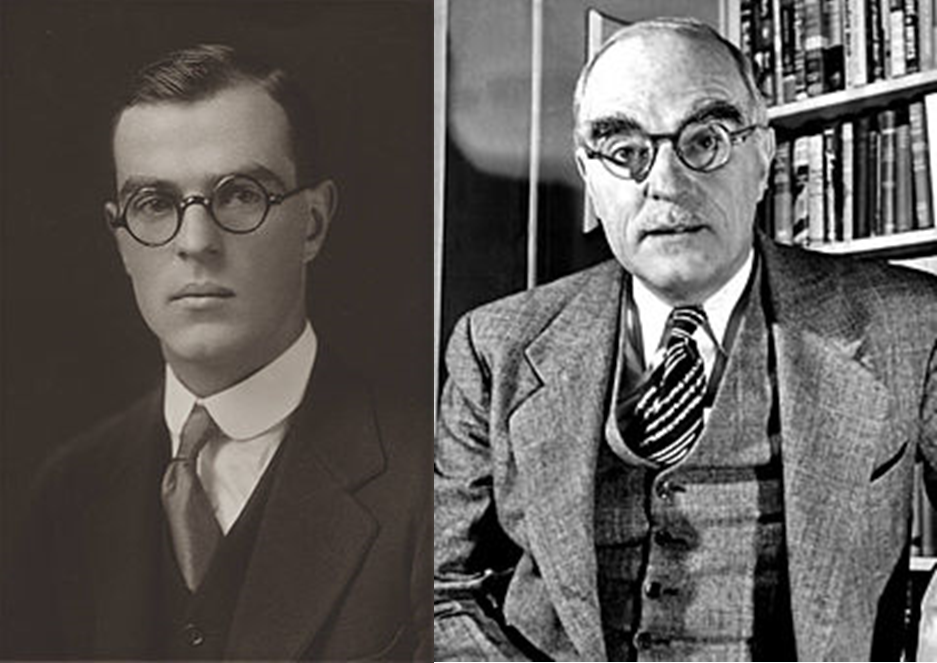 “It is only in appearance that time is a river.

It is rather a vast landscape

and it is the eye of the beholder that moves“

Congratulations on making it this far in the Spring semester!

We hope that after an invigorating Spring Fling weekend full of music, merriment, and good food, that you have the energy to finish off the semester strong. As you begin finalizing your papers and preparing for finals, we wanted to help put things into perspective for you with our weekly Davenport alum feature. This week’s feature is about a former Davenport fellow, Thornton Wilder, class of 1920!

After spending a part of his childhood Yantai, China, Wilder returned to finish his primary education in California. After enlisting in the Army for three months, Wilder attended Oberlin college and later attended Yale. At Yale, Wilder was a member of the literary society Alpha Delta Phi, and has written about his positive experiences in his Chemistry I and Geology I classes.

After graduating from Yale, Wilder went on to receive his MA in French literature from Princeton University. After studying archaeology and Italian in Rome and teaching French in New Jersey, Wilder published his first novel, The Cabala, in 1926, earning him a Pulitzer Prize. He later won Pulitzer Prizes for his play Our Town in 1938 and for his play The Skin of Our Teeth in 1943. Wilder also received the Peace Prize of the German Book Trade in 1957, the Presidential Medal of Freedom in 1963, and the National Book Award in 1968 for The Eighth Day.

Along with his prolific literary career, Wilder was also honored for his military service in World War II and taught at the University of Chicago and Harvard.

Thornton Wilder’s contributions to, and great influence on, literature were honored in 1997 with an exhibition at the Beinecke Library. All of Wilder’s works can be found in the Library of Congress.

You can read more at: