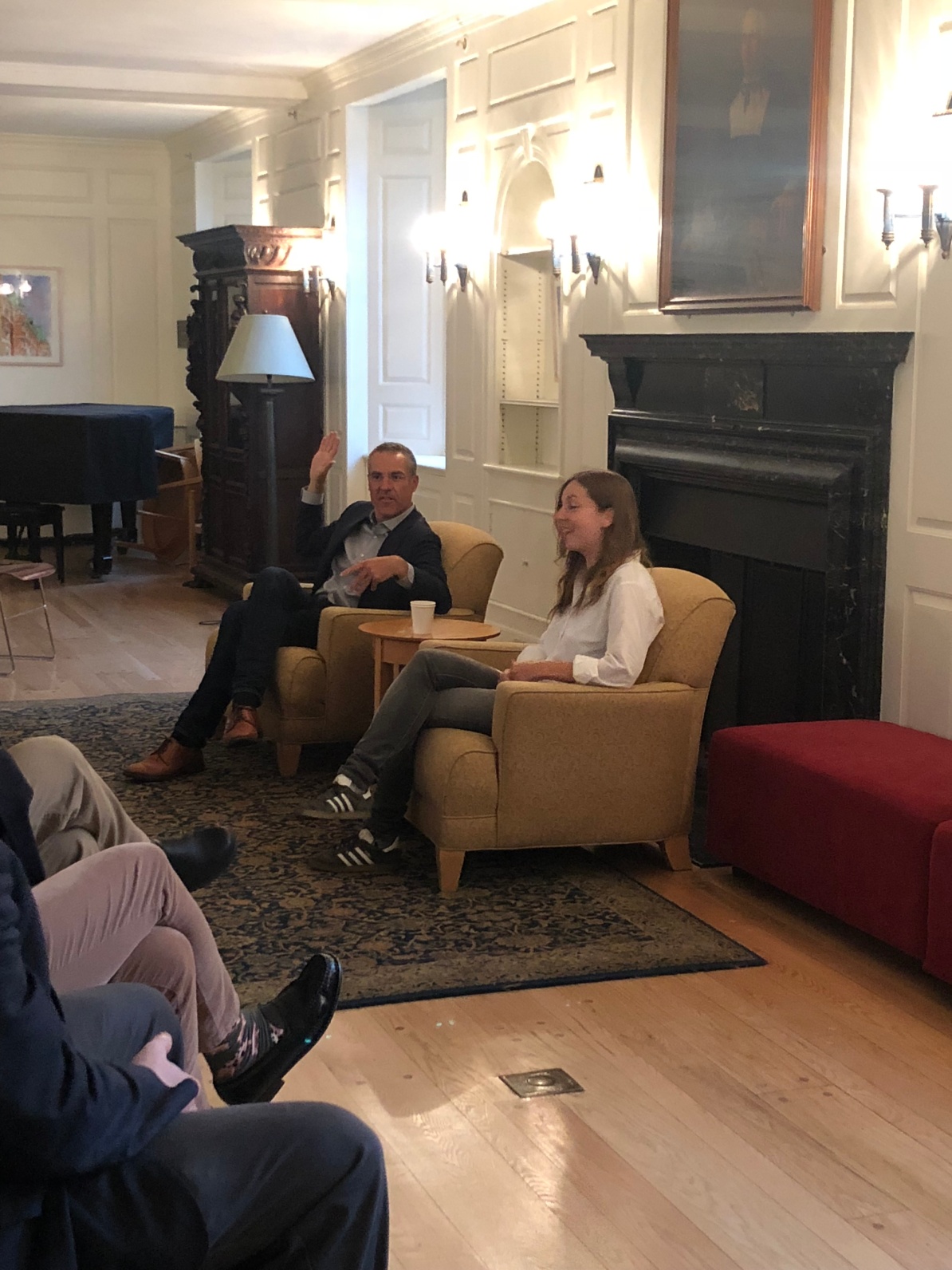 Las night, Maria Konnikova joined Davenport to discuss her two books– The Confidence Game and an in-progress book about poker. She was met by an enthusiastic audience.

Ms. Konnikova was inspired to write her book, The Confidence Game after watching a movie about a clinical psychologist who falls for a con. She told the audience, “There is a con for every single one of you, if the right conman finds you.” In preparation for her book, Ms. Konnikova met dozens and dozens of con artists. She soon realized they were incredibly charismatic, and she had to stop hanging out with them because they had begun to influence her behavior.

Ms. Konnikova also told the audience about her newfound love of poker, but that she had never played before starting her most recent book. She stated: “Poker is only a game of skill, it’s only a gamble as far as life is a gamble.”

It was a fascinating tea, and incredibly well-received by its attendees. Sophomore Justin James claimed, “Best talk I been to. She was engaging, the topic material was extremely interesting, and it didn’t feel like ‘just another educational talk,’ but a rare treat.”